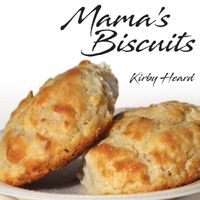 From the recording Mama's Biscuits

After my mother passed, I went to sort her belongings for donation, trash, or auction. During the sorting process, I found things I knew nothing about and had never seen before - she was 91. It's never too late to get to know those you think you know best...

I found some things in mama’s attic,
Their stories I had not been told
The ancient, silent family photos
Keep secrets valued more than gold
I see connections in their faces,
Familiar hairline, smile or brow
If only they could speak and tell me
Just where they lived, & when, & how

chorus:
Way up in mama’s attic, safely put away up there
Are mem’ries of her younger days too dear to throw away or share

Her baubles, jewelry and keepsakes
Meant so much to her, it seems
I wish I knew more of the history;
There’s more to her than I have seen
Did she love nights of ballroom dancing?
I guess that I will never know
Collecting treasures through the decades
Seemed the substance of her soul

A wedge of forty years between us she didn’t want to be alone
Yet she became less of a mother, merely a voice on the phone

She knew I’d researched on the family;
Now I’ve found things they left behind
I wonder why she never told me…  I’m left to conjure in my mind
I learned so many things from mama;
At least what she chose to impart
We share values but I’m wishing
I knew her better from the heart